We are crowdfunding on Seedrs. . SEIS available.

We provide some ways to break down adopting healthy habits and helping them stick. 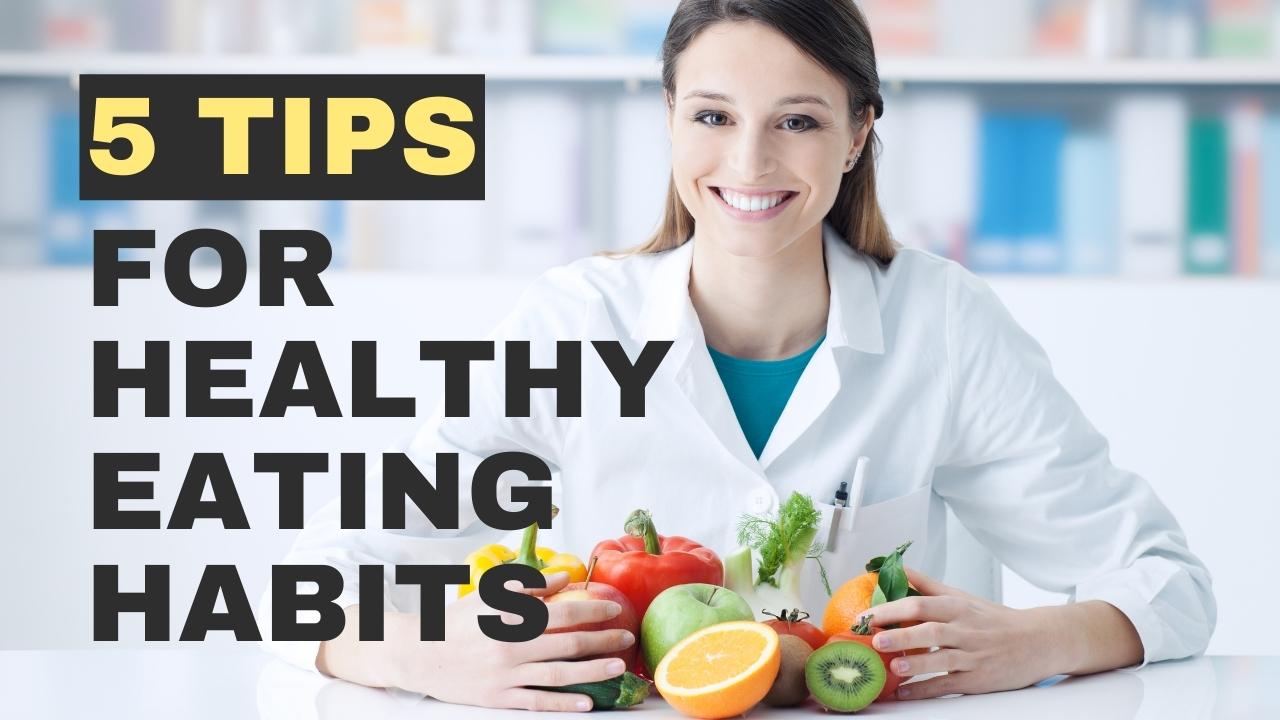 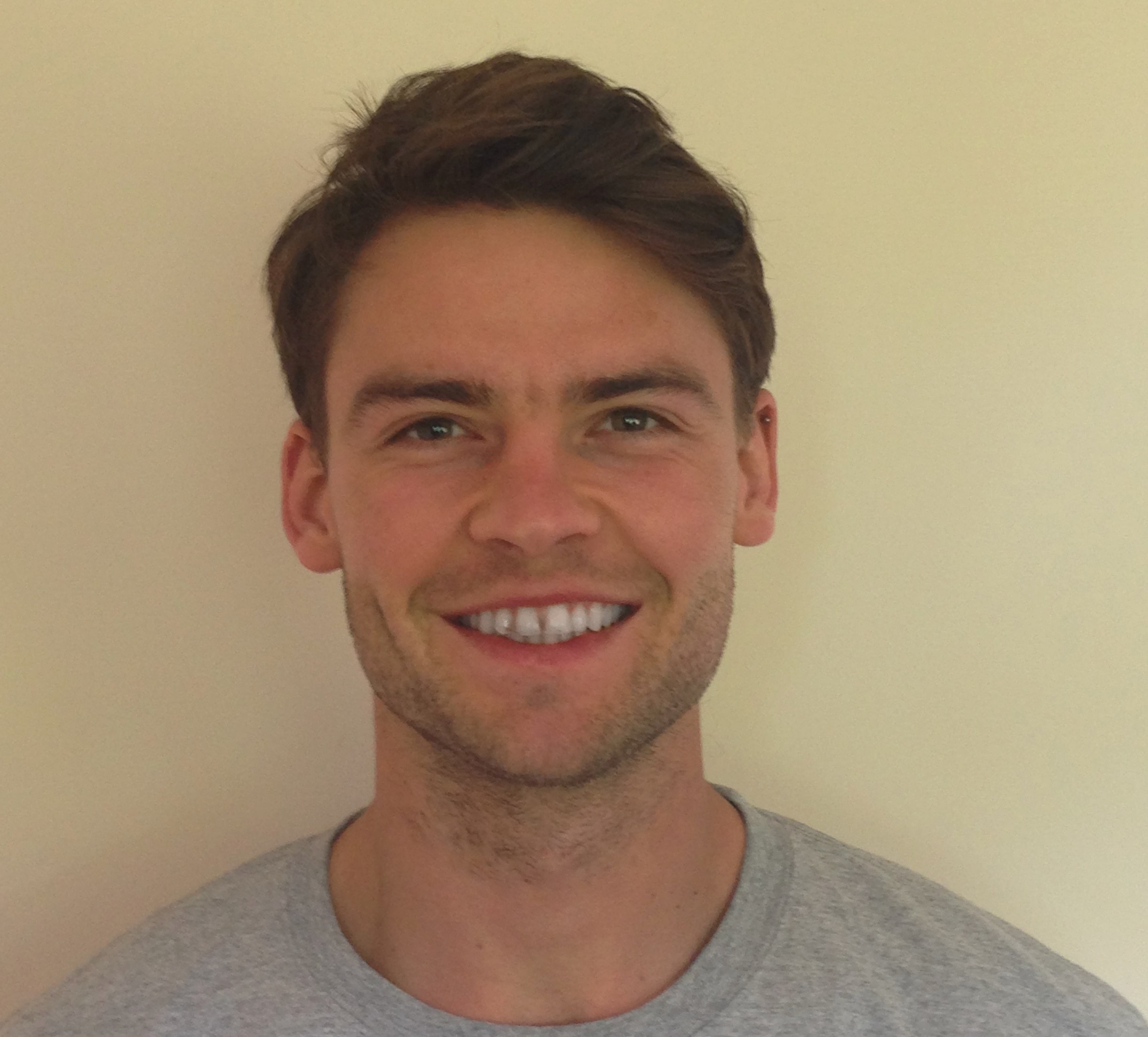 You could have the best chefs and nutritionists in the world working for you, and still struggle to achieve lasting health.

Because it's ultimately you and your habits that determine your health.

No one can embark on your journey for you, but having a good team to support you is still worth its weight in gold.

Here at Marvin's Den we like to make things as easy as possible for health conscious individuals to achieve their goals, despite having a busy and involved lifestyle.

But we can only show you the door, it’s up to you to walk through it.

Here are a few easy tips to implement in your lifestyle that can help move the needle health wise. We want to focus on the easiest wins that provide the biggest benefits.

So without further ado, let's get into the meat and potatoes of habitual change.

Once a habit has been made, it's very difficult to simply stop doing it. In a similar way that energy cannot be destroyed, only transferred, a habit must be changed rather than simply eradicated.

That's actually a good thing though, because you are replacing a habit that is not serving you to one which will serve you and bring benefits to your life, all in one go by just focusing on engaging in the new habit.

The trick with replacing a ‘bad’ habit is to find a healthy habit that is similar, in the way it fits into your lifestyle, and sometimes in the way it feels, looks, tastes etc.

Most habits are reinforced by a sense of reward, which embed the behavior and encourage repetition. If you can find a new healthy habit that provides a sense of reward, then that can be sufficient in embedding a new habit in place of the old one.

When it comes to food, especially ‘treats’ or highly gratifying foods, it can help to be aware of what they are doing to your brain chemistry, and how that affects your motivation and your behavior.

Most treats are a way to get an easy win, as no effort has to be expended in order to receive a sense of reward.

To simply cut a candy bar out of a daily routine is not impossible, but it's tough because someone may have become accustomed to that daily reward.

So what can be done? Well we can still do things that provide a sense of reward that either do or don’t involve food.

Most ‘healthy’ food is not as gratifying as most snacks are, but some come pretty close.

These are great ways to transition into healthy snacking, without removing the habit of snacking.

Taking this a step further would be to move to something that provides a sense of reward that doesn't involve food.

For example, taking a short afternoon walk could help provide a mini sense of reward when someone would typically reach for a snack to take the edge off sitting too long at work.

The idea is to find ways to provide mini rewards that don’t involve junky snacks.

Replace reward with reward, by changing the means by which you achieve that reward.

Cutting Back Over Cold Turkey

This one sorta plays on the one above, in that we don’t want to do anything too extreme or too drastic to shake things up too much.

It’s natural for us to be averse to change, and too much change can be met with a lot of resistance.

Smaller, more gradual changes can help manage resistance, because if we create too much resistance then it can make it very hard to create change, especially ones that last over the longer term.

This point also feeds into the next point we will discuss as well, about breaking things down into manageable pieces and steps.

Let’s use the example of trying to quit coffee, as many people find themselves overusing or overconsuming it for work or social purposes. Some people may feel like it is starting to affect their health, or just may be spending too much money on it.

Caffeine can be an addictive substance, which makes drinking coffee quite an embedded habit as it can be strongly reinforced on a chemical level.

All habits involve some dance of brain chemicals to varying degrees, it just so happens that ones that involve compounds that directly stimulate reward chemicals can be quite strong (sugar, caffeine).

So when it comes to giving up coffee, the idea is to start by simply reducing the amount or frequency you consume. Perhaps that 2nd or 3rd one can be replaced with a decaf, or even a cup of tea.

Eventually you may be able to make the first cup of the day the only cup. Then the next step would be to make that first cup a 50:50 Caffeinated:Decaffeinated.

This helps the habit to remain relatively familiar over time, but subtly changing out the reward.

The brain doesn’t respond well to being rug pulled of feeling good and having senses of reward, so it's important that someone tapers off gradually and overtime.

This applies to most gratifying foods and drinks. Practice reducing the amount and frequency you consume whilst simultaneously using the first trick, by also finding replacements.

Attempting to go from 0-100 right away can lead up to big disappointments, and create a sense of failure that makes the craving for reward even stronger.

For example, if someone suddenly decides to cut out all alcohol, cheese, coffee and bread for example at once, then this is a lot of gratifying things that are being removed at once. Naturally, this is too much to deal with all at once, and can create cravings for reward that are too strong to resist.

Giving in to these cravings may create feelings that that person is a failure, and that they are unable to achieve their goals. These feelings can actually deepen the reliance on the very things that they were trying to give up.

So by trying to take on too much, too fast it can often lead to eventually falling abc into old ways.

The trick with this one is to take small, actionable steps that lead to small wins over time. For example, if the goal is to lose weight and spend less money by giving up coffee, cheese, alcohol and bread for example, start for the first few weeks or months (or however long it takes) on just actioning on the coffee example in the last section.

Winning leads to more winning, and it's not so much about willpower as it is about setting yourself up for success by understanding how reward works.

Healthy habits and winning is all about building up momentum and overcoming inertia. Massive changes from the get go often create too much inertia, so break down the obstacle in front of you into tiny pieces that involve small actionable steps that lead to small wins.

Less, big wins are hard to achieve. Frequent and consistent small wins are easier to achieve and maintain.

A small win looks like swapping that 3rd cup of coffee for a decaf, and doing that for a few weeks until it has become second nature. Once that floor has been set, the focus can be set to doing something about that second cup in the day.

Behavioral change takes time, but it can set you up for immense success as you build many new floors on your way up, and build incredible momentum on the way.

Keep winning on a daily basis, with small wins and the momentum will build faster than you may think.

This is a really important one, as it gets to the very core of your motivations for changing your habits.

If you don’t know what you are doing something for, then the efforts to achieve your goal will be short lived.

If you don’t know where you are aiming, then you won't hit anything.

So the best place to find out where you want to aim is to ask yourself why you want what you want.

Do you want to lose weight? Ok so why is this?

Maybe you’ll say it's because you want a greater sense of self esteem, which is a good start. It may be something else, but you have to ask yourself.

Let’s stay with self esteem. What will having more self esteem bring for you, or what will it mean for you?

Picture yourself with this new sense of self esteem. What is happening around you, what can you see, hear or feel?

What does having that new sense of self esteem unlock for you, where do you go from there?

If you follow this exercise another few steps, you will eventually get to the core of why having or achieving weight loss will be important for you on a more deep and personal level.

Without the why, you are left scratching your head and repeating short lived attempts at achieving something you don’t yet fully understand.

This is basically a neat summary of how to implement what we have discussed so far in the guide. It’s sort of like a checklist to ensure all the above is packaged into your goals.

So when you are coming up with your goals, make sure they follow these guidelines for the maximum chance of success when changing your dietary habits.

Here’s an example of what a SMART goal looks like:

I will go to the gym 3 x a week, run for 30 minutes each session in order to run 5 miles in under 40 minutes. I will achieve this 2 months from now.

As we mentioned above, why is being able to run 5 miles in under 40 minutes an important and worthwhile goal for you?

Marvin's Den helps make your life easier by offering you delicious and healthy foods that are cost efficient and help support your goals.

We also know that this is not the ultimate difference in helping you to achieve them, which is why we have outlined what you can do outside of having convenient food choices provided for you.

Whilst we believe that our service makes it much easier to adopt healthy habits, the change is ultimately up to you, and we hope that with the information above, this can help you on your way to setting your own goals, and achieving them to improve your quality of life. 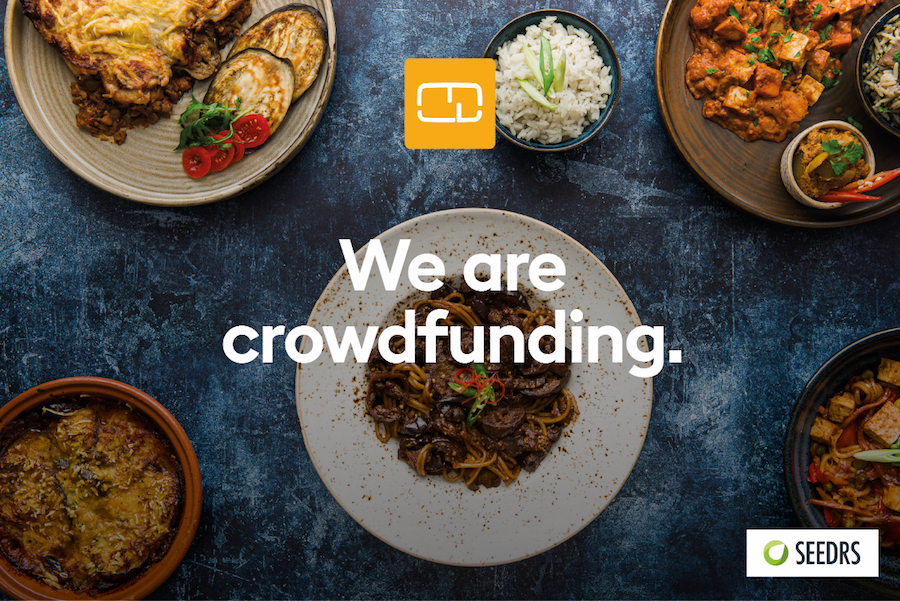 Check out our helpful FAQs below – and if you need more information just drop us a line at support@marvinsden.com 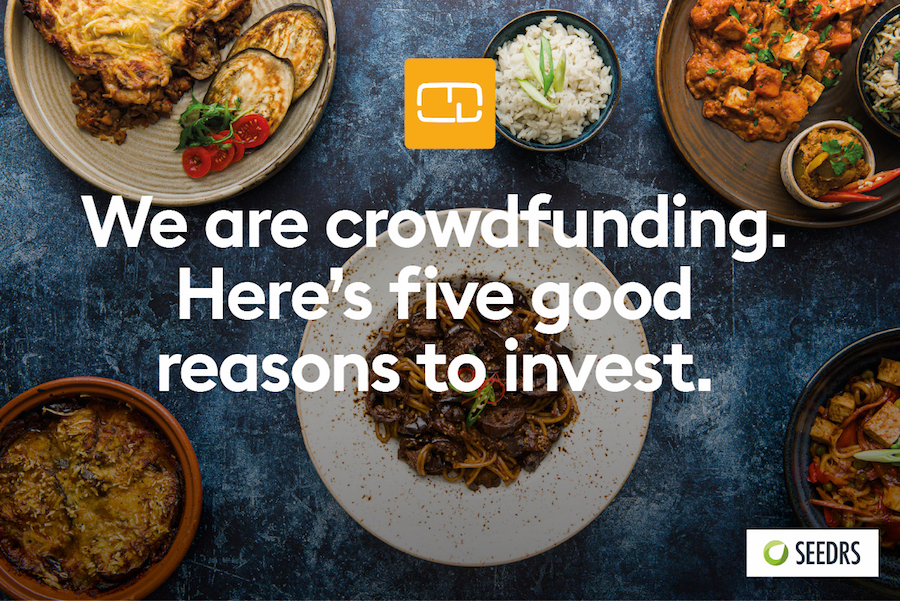 Top 5 Reasons to invest in Marvin's Den! Should I join their crowdfunding campaign?

As we move closer to launching our crowdfunding campaign, we wanted to share with you some of our achievements and ambitions, and why it’s a good idea to invest in Marvin’s Den.

As we move closer to launching our crowdfunding campaign, we wanted to share with you what it is that we are doing and why we are doing it. 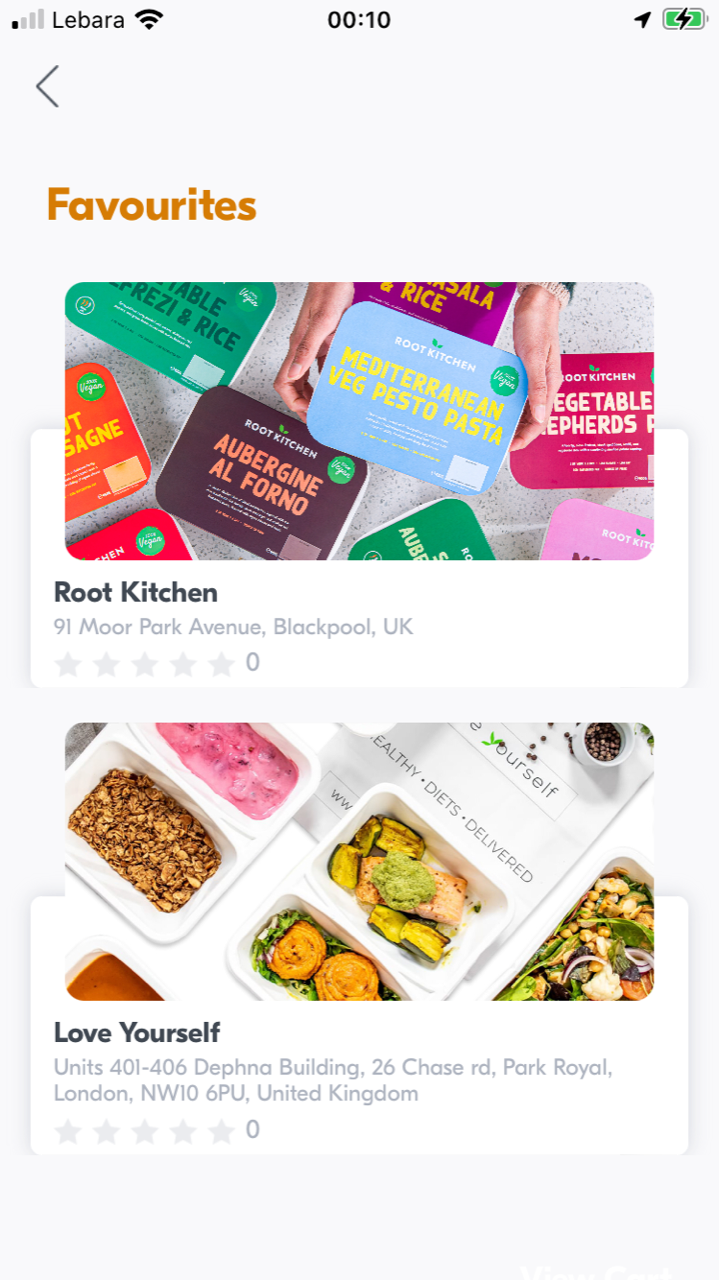 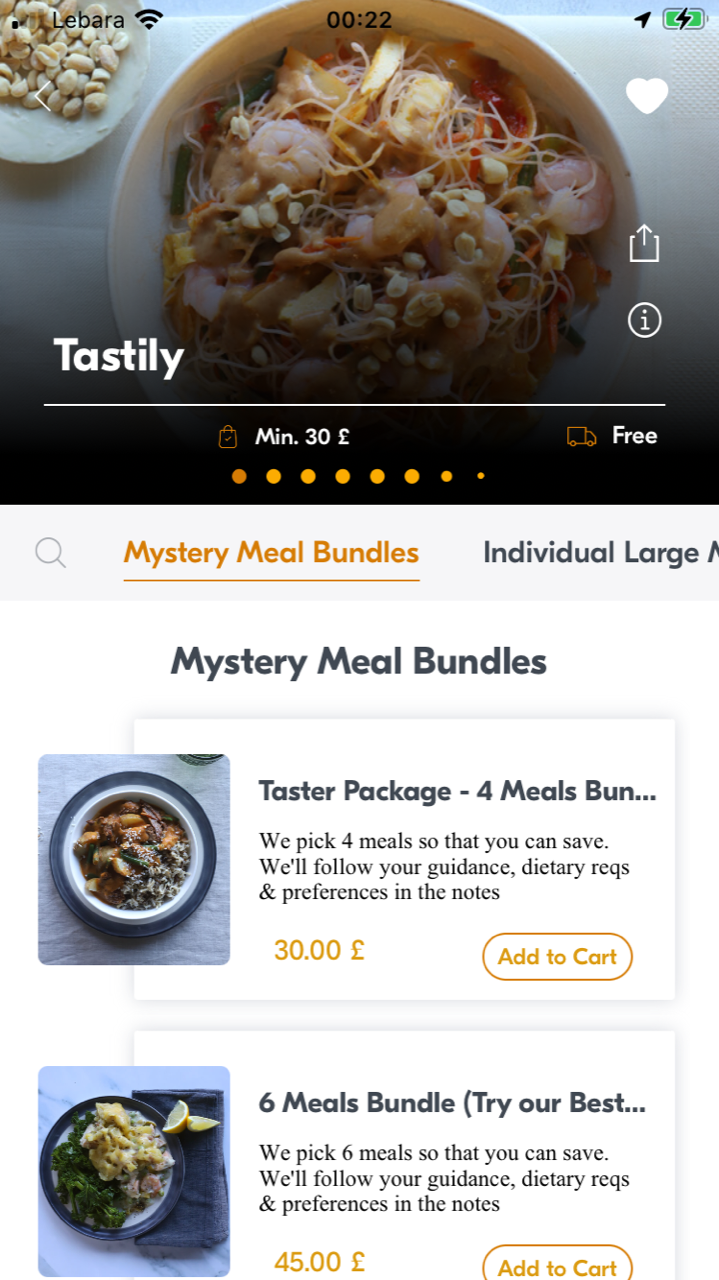 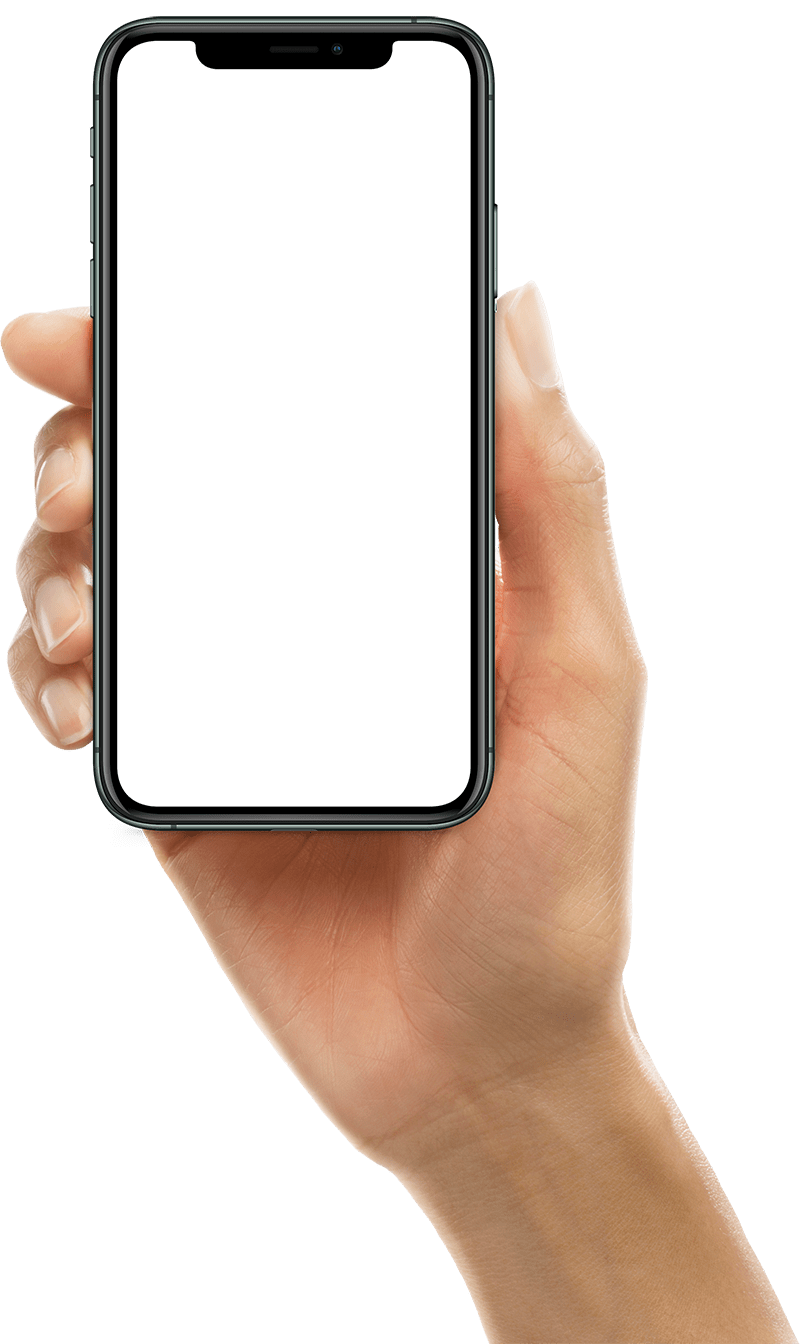